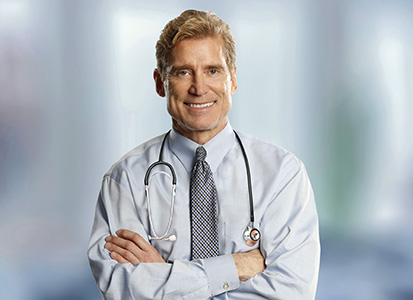 Dr. Robert Huizenga, warmly referred to as Dr. H, is best known for his surgical-free, drug-free approach to obesity he has championed over the last 16 seasons of The Biggest Loser.

An Internist and Associate Professor of Clinical Medicine at UCLA, he was once the former LA Raiders team physician whose groundbreaking book was adapted for the film “Any Given Sunday”, by Oliver Stone

Along with his influential weight-loss work on shows such as The Biggest Loser, Extreme Makeover, Work Out, and Thintervention, Dr. H has authored two books and runs The Clinic by Dr. H – a state of the art, multi-disciplinary fat-loss facility in Malibu, California.

A graduate of Harvard Medical School, Dr. H treats music royalty, former U.S. presidents, the Saudi royal family as well as many of Hollywood’s well-known celebrities, such as Charlie Sheen, Pamela Anderson and Sylvester Stallone. In addition to being a regular medical contributor for film and TV shows, he has also repeatedly been interviewed as a health expert on CBS, NBC, ABC Evening News, Nightline, Larry King Live, Extra, E!, The Dr. Oz Show and The Today Show as well in the New York Times, Los Angeles Times, The Boston Globe and other national print media.