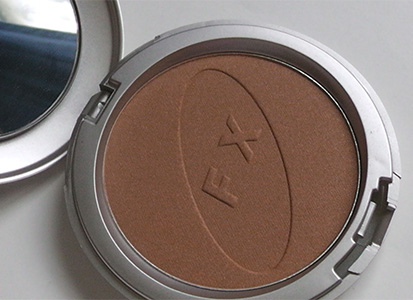 Cover FX is a true original co-created by Lee Graff, a corrective makeup specialist at a Canadian CosMedic Clinic and Jenny Frankel – a chemical engineer with over 15 years of cosmetic formulation experience, in pursuit of creating the dream of flawless looking skin. The only colour cosmeceutical brand to beautifully boast over 30 different shades started as a result of a demand at a Canadian CosMedic Clinic. In 1985, Lee Graff began working as a corrective makeup specialist to help thousands of patients camouflage their various skin conditions – from rosacea to acne, under-eye circles to scars, tattoos to vitiligo and other pigment disorders. Problems arose from the products she was using, particularly for patients with sensitive skin and multi-ethnic skin tones; coverage looked artificial, uneven, and poorly textured.

Instead of hanging her head, Lee took matters into her own hands, pooled her 15 years of documented research together with Jenny Frankel and created Cover FX in 2000. A mother of invention, their creations (each one, at the time, named after individual patients) were met with astonished reactions, and before long the duo had to rethink their creation to keep up with demand. Together, they developed a line of full coverage, wearable makeup from refined ingredients that looked completely natural on any skin – even the most sensitive.

Today, Cover FX has evolved into a global complexion palette that offers the widest variety of coverage options, textures and finishes to match every skin tone and type under the sun. It has expanded dramatically to include:

Cover FX is available at coverfx.com, select Shoppers Drug Mart / Pharmaprix, The Bay, and Sephora in Canada. It is available in the US at select Sephora, sephora.com, dermstore.com and skinstore.com in addition to Harvey Nichols, harveynichols.com, House of Fraser and houseoffraser.com in the UK.

In keeping with its heritage, the Cover FX team has created CosMedic Clinics at NYU Medical Center in New York City, Henry Ford Hospital in Detroit, and Howard University in Washington, D.C., with more collaborations to come in the near future.